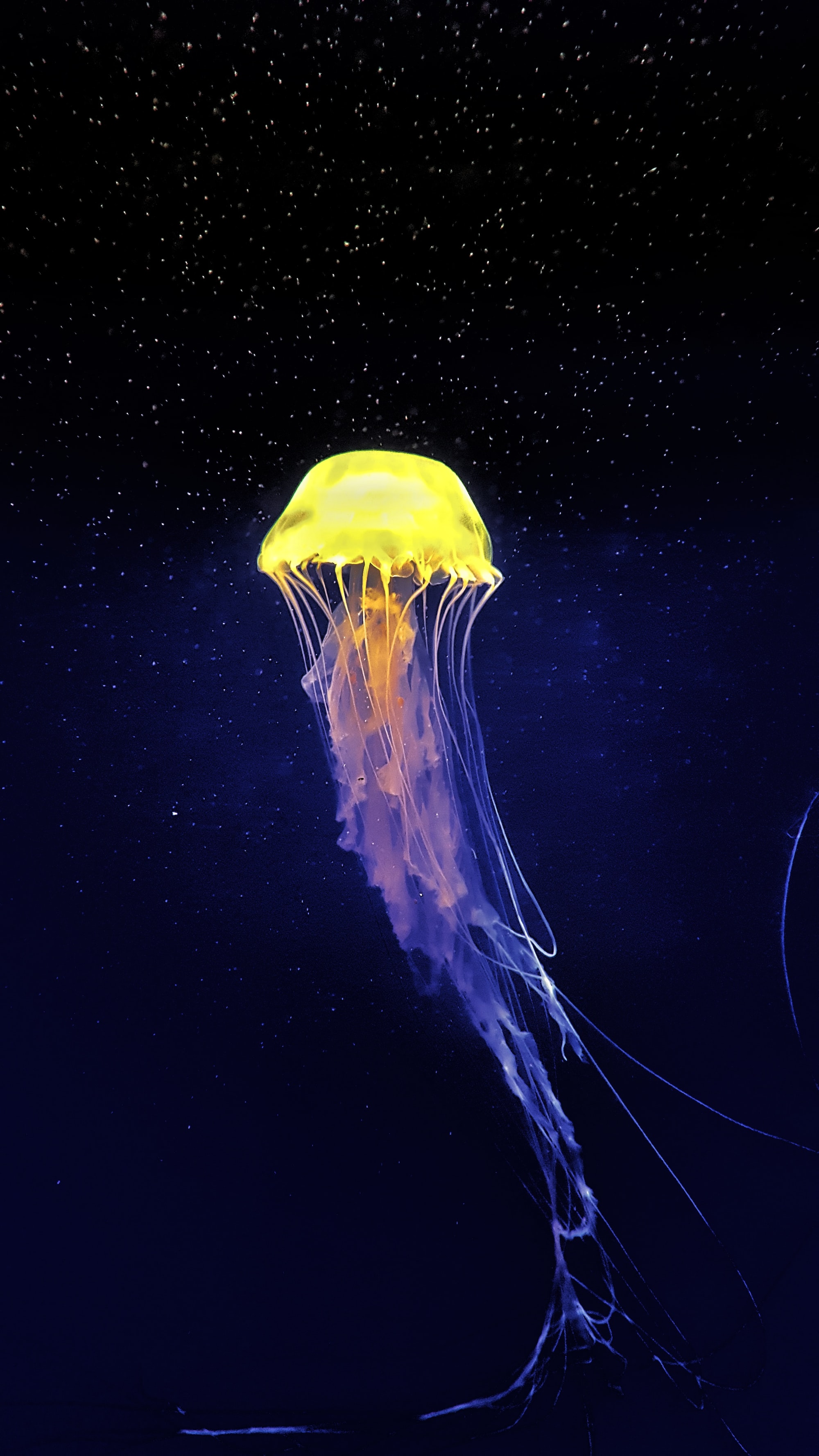 Research team of members from North Carolina State University and Temple University have developed soft robots inspired by jellyfish that can outswim their real-life counterparts. They created these new soft robots - without an inner spine - from two bonded layers of the same elastic polymer.

We can make the robot ‘flex’ by pumping air into the channel layer, and we control the direction of that flex by controlling the relative thickness of the pre-stressed layer,”
Jie Yin

“Our previous work focused on making soft robots that were inspired by cheetahs – and while the robots were very fast, they still had a stiff inner spine,” says Jie Yin, an assistant professor of mechanical and aerospace engineering at NC State and corresponding author of a paper on the new work (Advanced Materials Technologies, "Leveraging Monostable and Bistable Pre-Curved Bilayer Actuators for High-Performance Multitask Soft Robots"). “We wanted to make a completely soft robot, without an inner spine, that still utilized that concept of switching between two stable states in order to make the soft robot move more powerfully – and more quickly. And one of the animals we were inspired by was the jellyfish.”
The researchers created their new soft robots from two bonded layers of the same elastic polymer. One layer of polymer was pre-stressed, or stretched. A second layer was not pre-stressed and contained an air channel.

Here’s how it works. When combined with a third stress-free layer, called an intermediate layer, the pre-stressed layer wants to move in a particular direction. For example, you might have a piece of polymeric strip that has been pre-stressed by pulling it in two directions. After attaching the pre-stressed material to the intermediate layer, the end result would be a bilayer strip that wants to curve down, like a frowning face.
If this bilayer strip, also called the pre-stressed layer, is thinner than the layer with the air channel, that frowning curve will bend into a smiling curve as air is pumped into the channel layer. However, if the pre-stressed layer is thicker than the channel layer, the frown will become more and more pronounced as air is pumped into the channel layer. Either way, once the air is allowed to leave the channel layer, the material snaps back to its original, “resting” state.
In fact, this simple example describes one of the soft robots created by the research team, a fast-moving soft crawler. It resembles a larval insect curling its body, then jumping forward as it quickly releases its stored energy.
The jellyfish-bot is slightly more complicated, with the pre-stressed disk-like layer being stretched in four directions (think of it as being pulled east and west simultaneously, then being pulled north and south simultaneously). The channel layer is also different, consisting of a ring-like air channel. The end result is a dome that looks like a jellyfish.
As the jellyfish-bot “relaxes,” the dome curves up, like a shallow bowl. When air is pumped into the channel layer, the dome quickly curves down, pushing out water and propelling itself forward. In experimental testing, the jellyfish-bot had an average speed of 53.3 millimeters per second. That’s not bad, considering that none of the three jellyfish species the researchers examined went faster than an average of 30 millimeters per second.
Lastly, the researchers created a three-pronged gripping robot – with a twist. Most grippers hang open when “relaxed,” and require energy to hold on to their cargo as it is lifted and moved from point A to point B. But Yin and his collaborators used the pre-stressed layers to create grippers whose default position is clenched shut. Energy is required to open the grippers, but once they’re in position, the grippers return to their “resting” mode – holding their cargo tight. Amputees might get smarter arms to hold things better